Nigel currently works in a warehouse but would like to retrain to become a lorry driver.  He has led an interesting life. Three years ago he lost his driving licence for 12 months when he was breathalysed and found to be two and a half times over the legal limit. 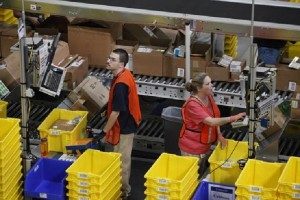 He also has dyslexia, has poor eyesight and has recently been released from prison.

[/ms-protect-content]
Back to Module