Terry has been driving for 16 years, delivering barrels of beer to pubs.  His job is very physical, and a drivers’ mate often accompanies him. This is his second day back at work after a 45 hour rest period.  Last week was incredibly long, and he spent 52 hours driving. 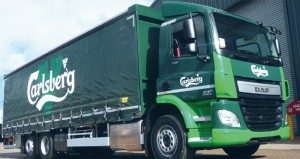 He starts work at 4 am and is often given the keys to the cellar so he can make the deliveries without any staff present.  Terry and his drivers’ mate unload the vehicle from the side and then carry the beer barrels to the pubs’ cellar

The vehicle he is driving today is an 18 tonne rigid and he is on an urban route in London.

[/ms-protect-content]
Back to Module