Mark is a tramper which involves being away and staying in his vehicle for the whole week.

He drives a curtain sided articulated unit and semi-trailer with a gross vehicle weight of 44 tonnes. He starts work on Monday mornings from the depot and heads to his first collection. For the rest of the week, he has no idea where he will be or where he will go until the transport planner advises him. 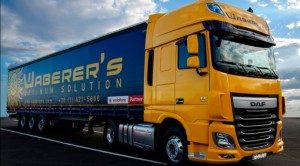 The tractor unit is only a year old and has a double sleeper bunk, although he is driving single manned this week.

Before he leaves for the day, he is asked to speak to the transport manager. Last week he accrued some driving infringements and broke EU driving rules.

The transport manager has told him to keep an eye on his driving hours; otherwise, he will issue him with a formal reprimand.

Last month Mark was off work with a neck injury.